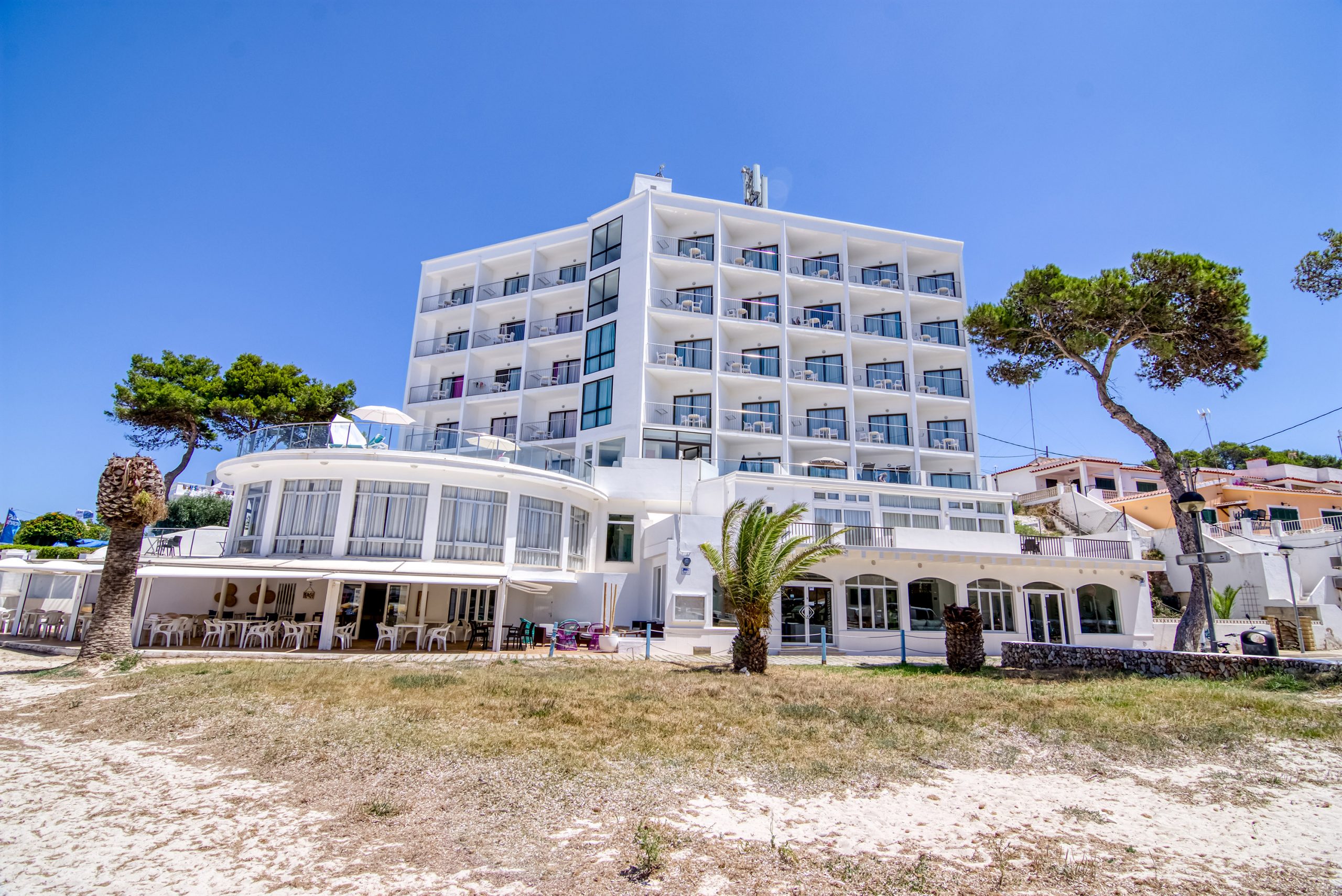 An idyllic panorama since 1955 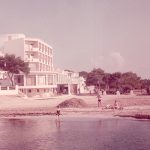 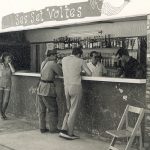 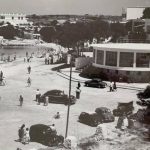 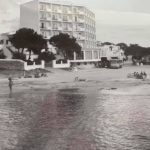 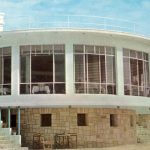 Origins. From the Set Voltes back to the Hotel Playa Santandria

In the 1960s, Playa de Santandria became a tourist and gastronomic center for the families of Ciutadella. Its caves were enabled to become small summer “houses” and also served as the base for the first restaurants and later beach hotels. In this decade, Mr. Josep Al.lès, founded the hotel “Ses Set Voltes” (The seven turns or The seven arches) which serves as the base of the current Hotel Playa Santandria. The name comes from the innovative architecture, for the time, with a base with 7 arches.

Since its beginnings as “Ses Set Voltes”, the philosophy of the Hotel Playa Santandria is based on a family management where everyone did and does everything with the aim of serving the client so that they feel at home, with close treatment, personal and professional at the same time. The first customers came mainly from the Basque Country and Catalonia, as a national customer, and from France and Germany as foreign countries. Also some Swedish and Norwegian, but curiously without British at the beginning.

In the fashionable dishes in its beginnings, the Lenguado meunière, lobster or paella rice dishes reigned, and also the prawns from the port of Ciutadella flambéed with rum. Innovative also the natural juice squeezed at the moment. All under the watchful eye of the “maître” dressed in an immaculate white tuxedo in the first season.

In the beginning, the chambermaids came mostly from the neighboring Menorcan properties (“llocs”).

A unique place to

the sun, the sea and the sand of Menorca

The Hotel Playa Santandria – Adults Only is located at the end of a beautiful and narrow bay, where the water is bright blue and the sands are fine and white. It is the perfect place to enjoy views of the Mediterranean and the landscape of Menorca, with its typical white houses and pine forests.

In addition, it is a short walk from the beach. There are forty-one rooms at the hotel, which are spacious and bright and include a private furnished balcony to enjoy the cool sea breeze. 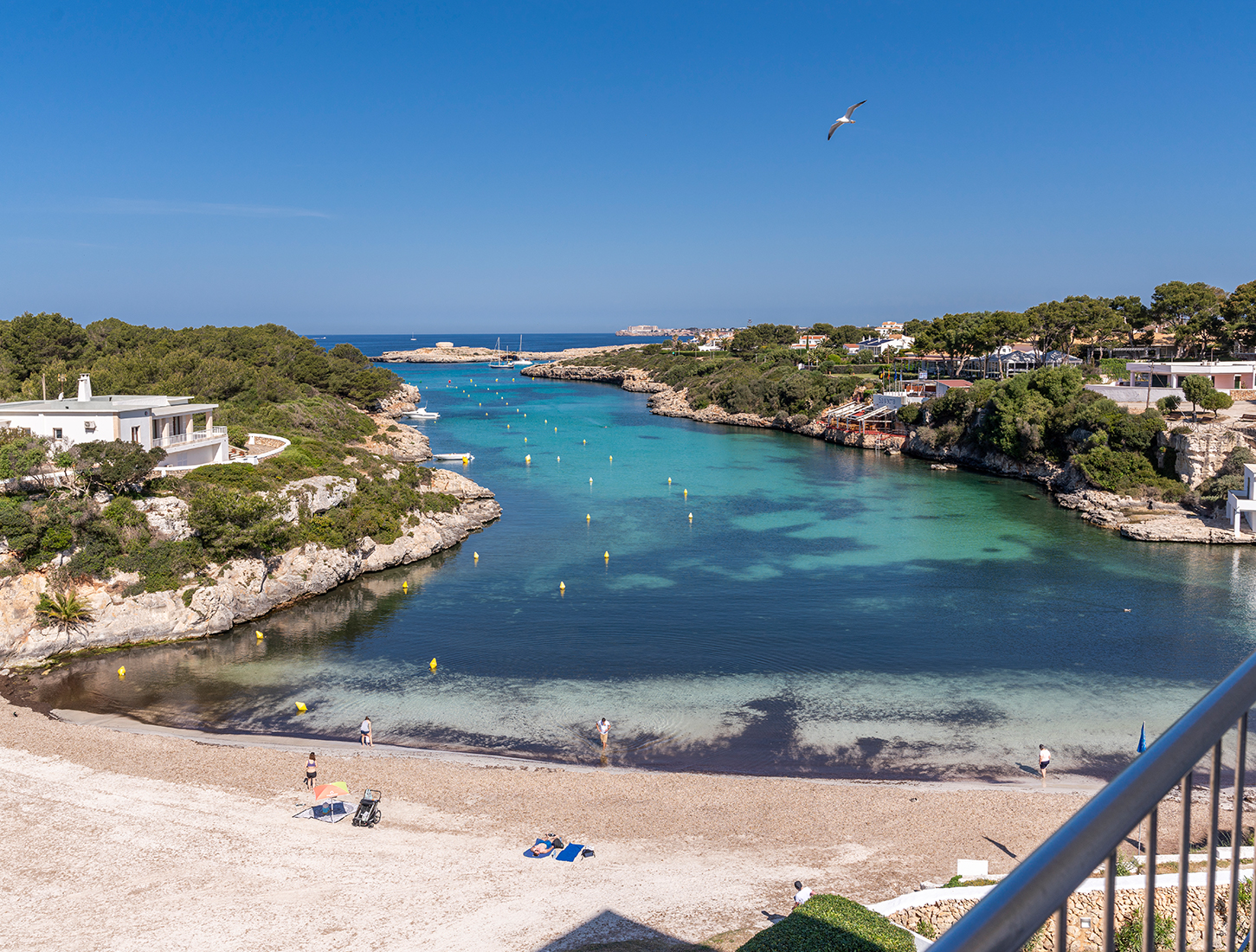 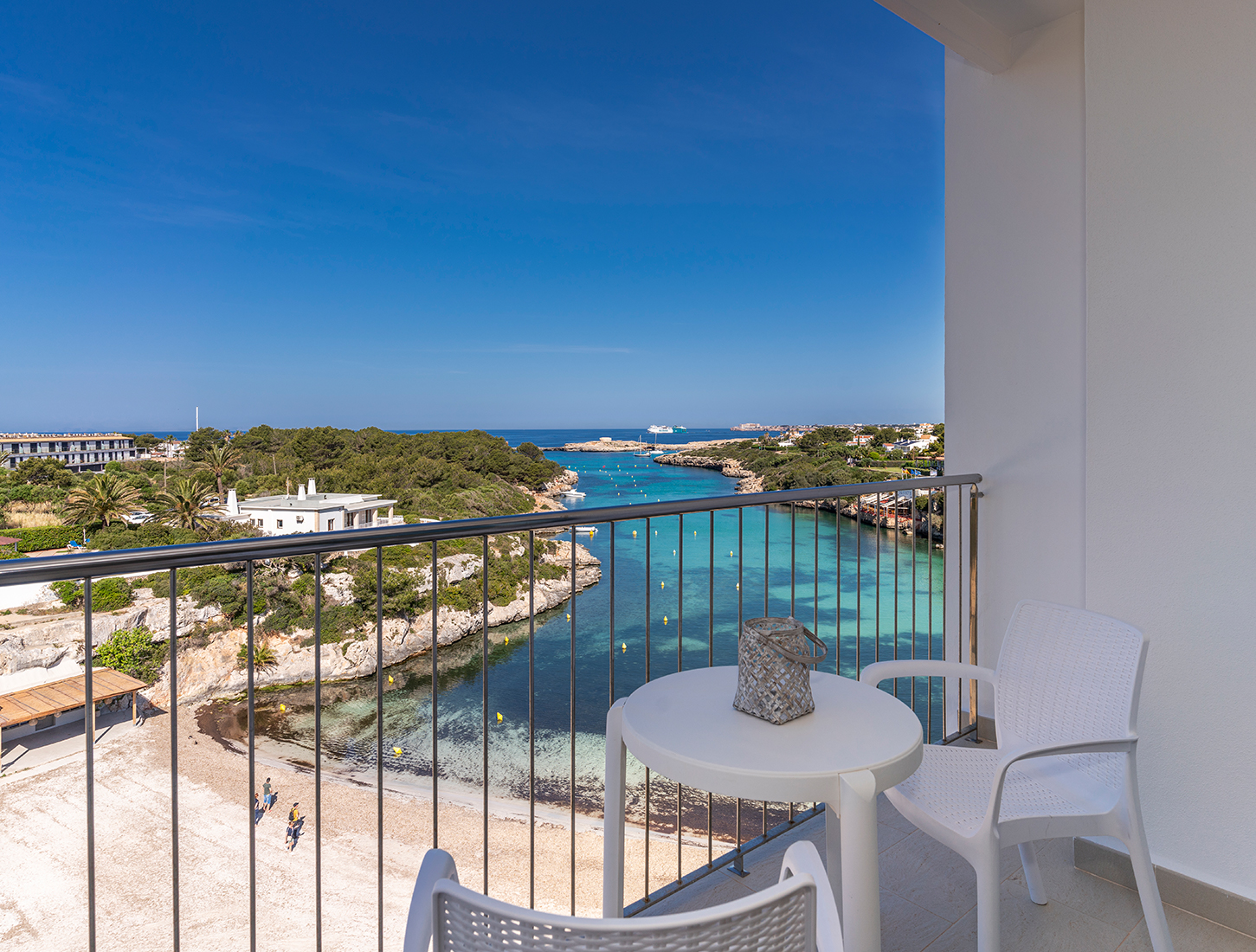 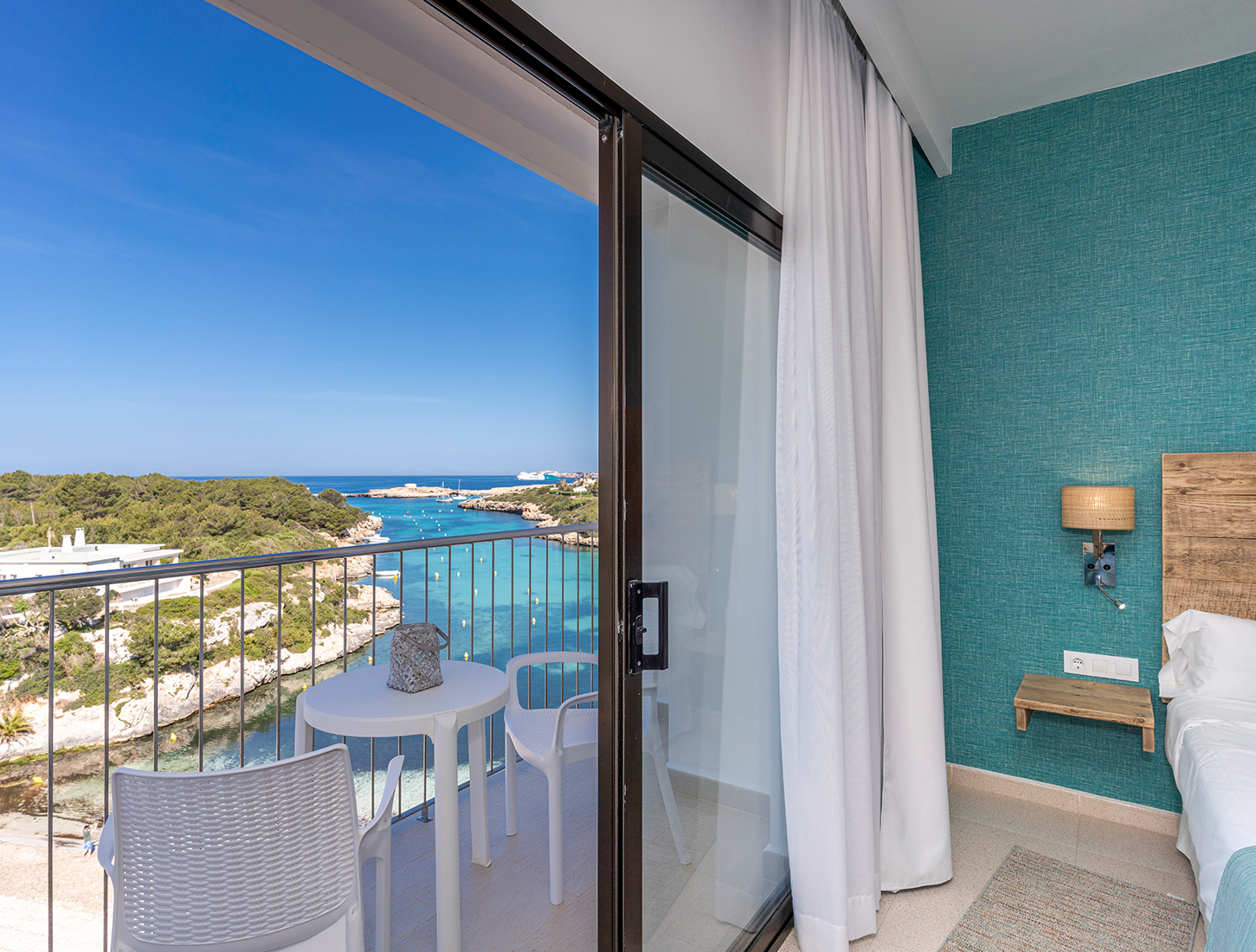 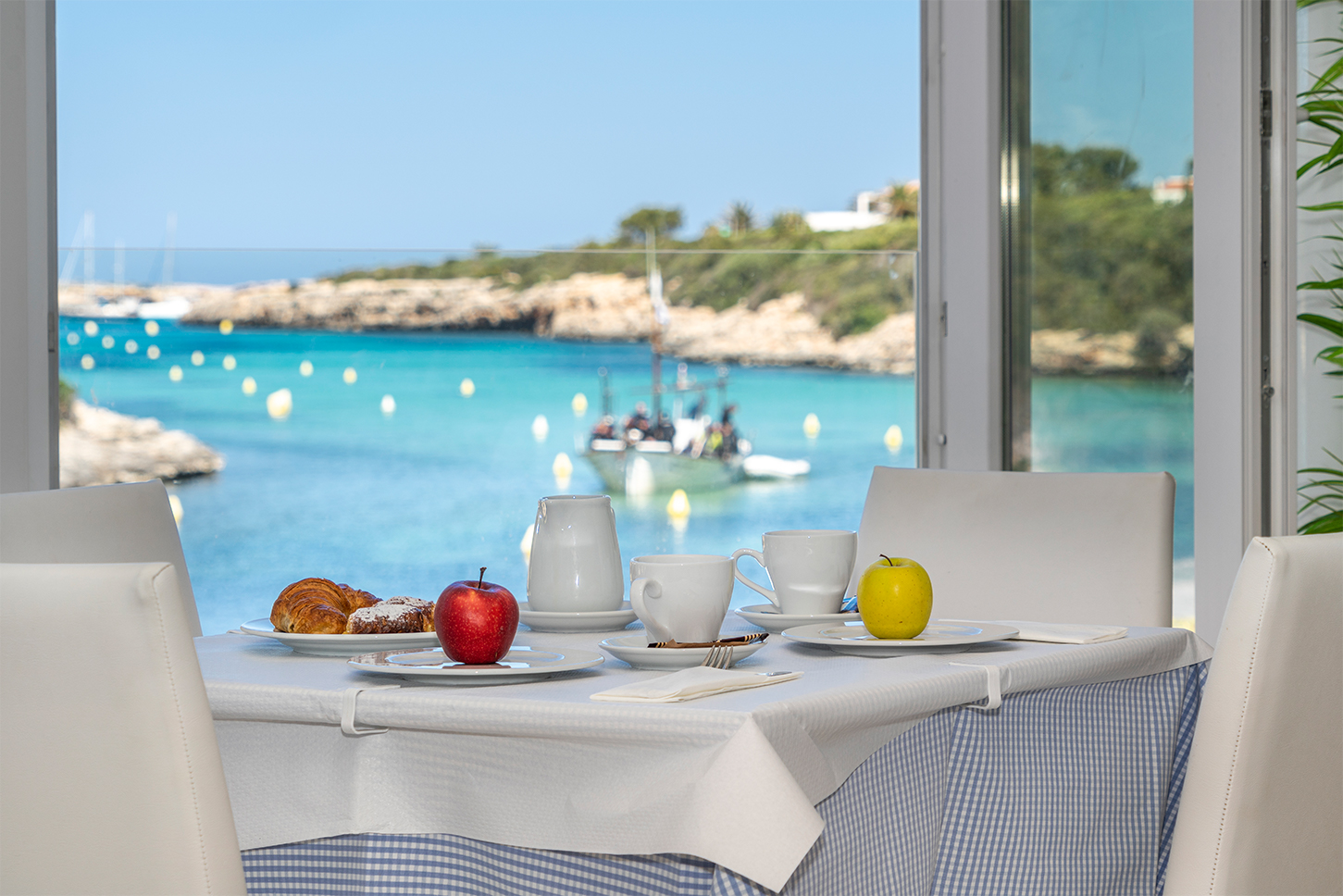 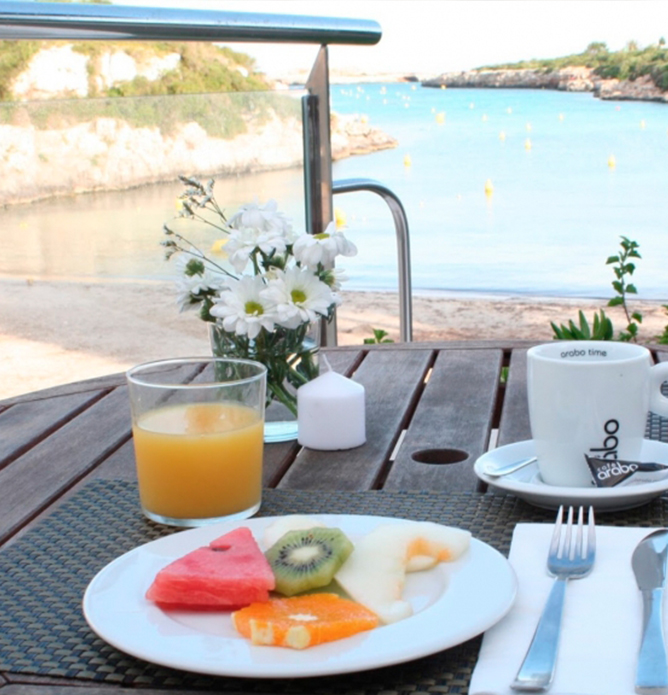 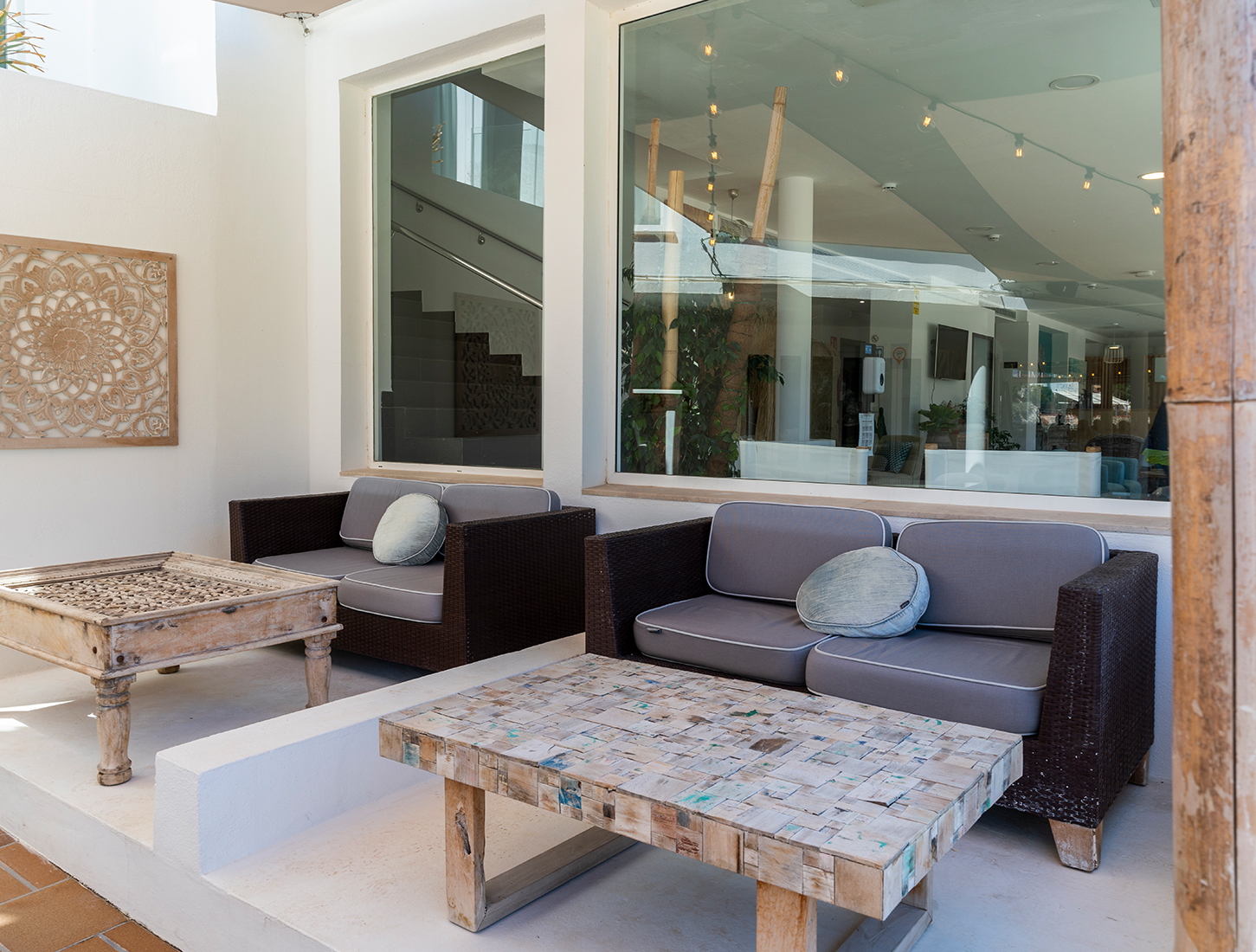 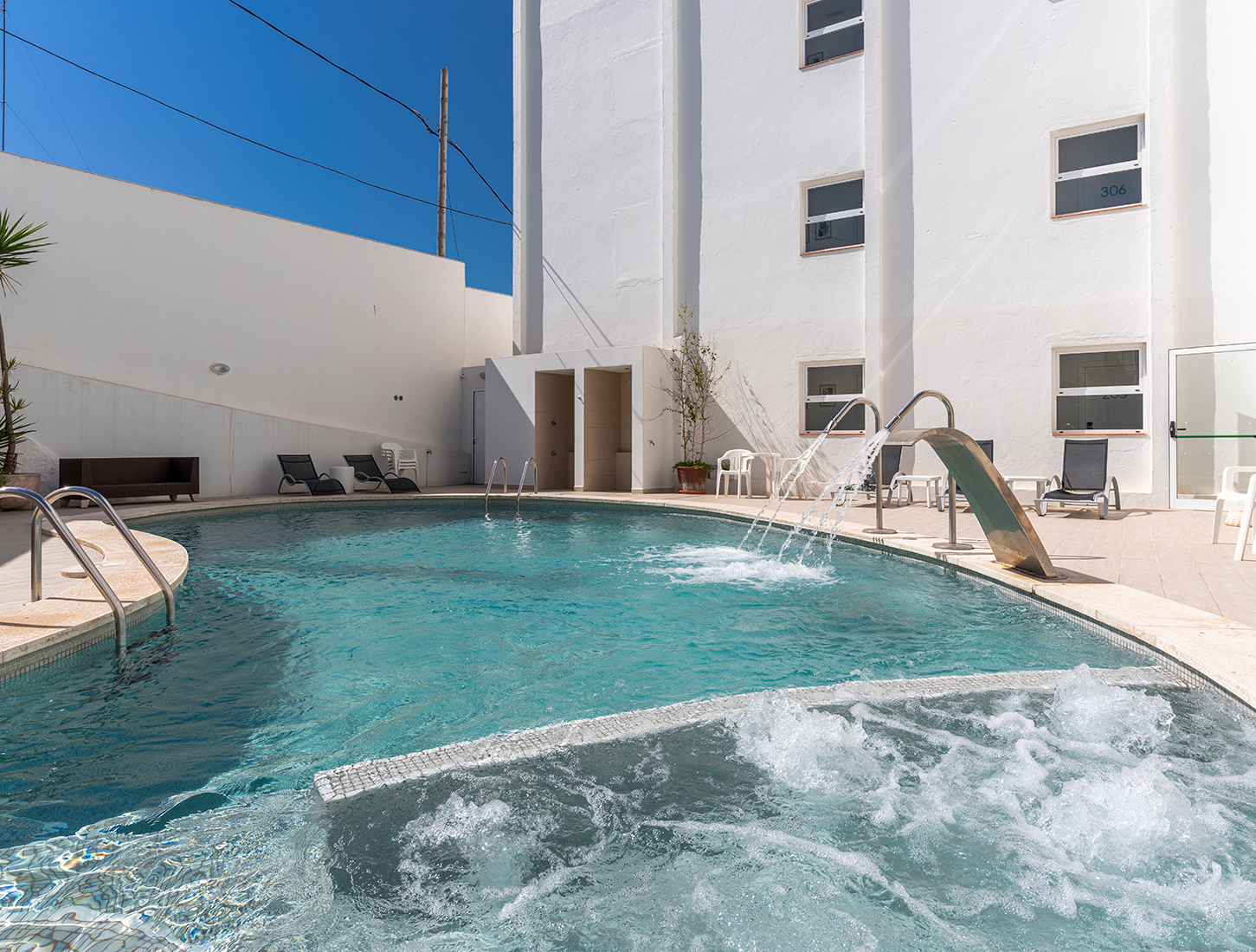 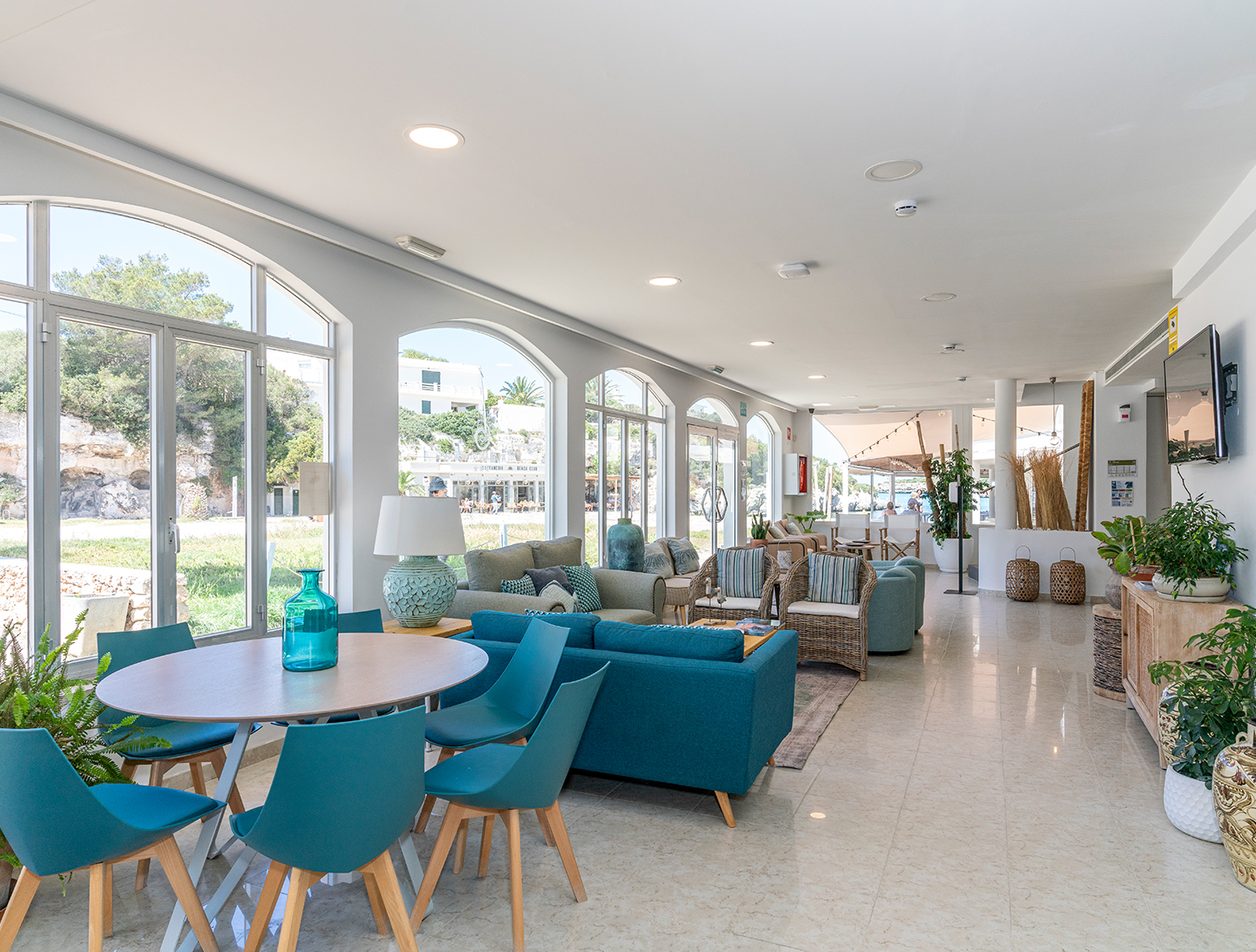 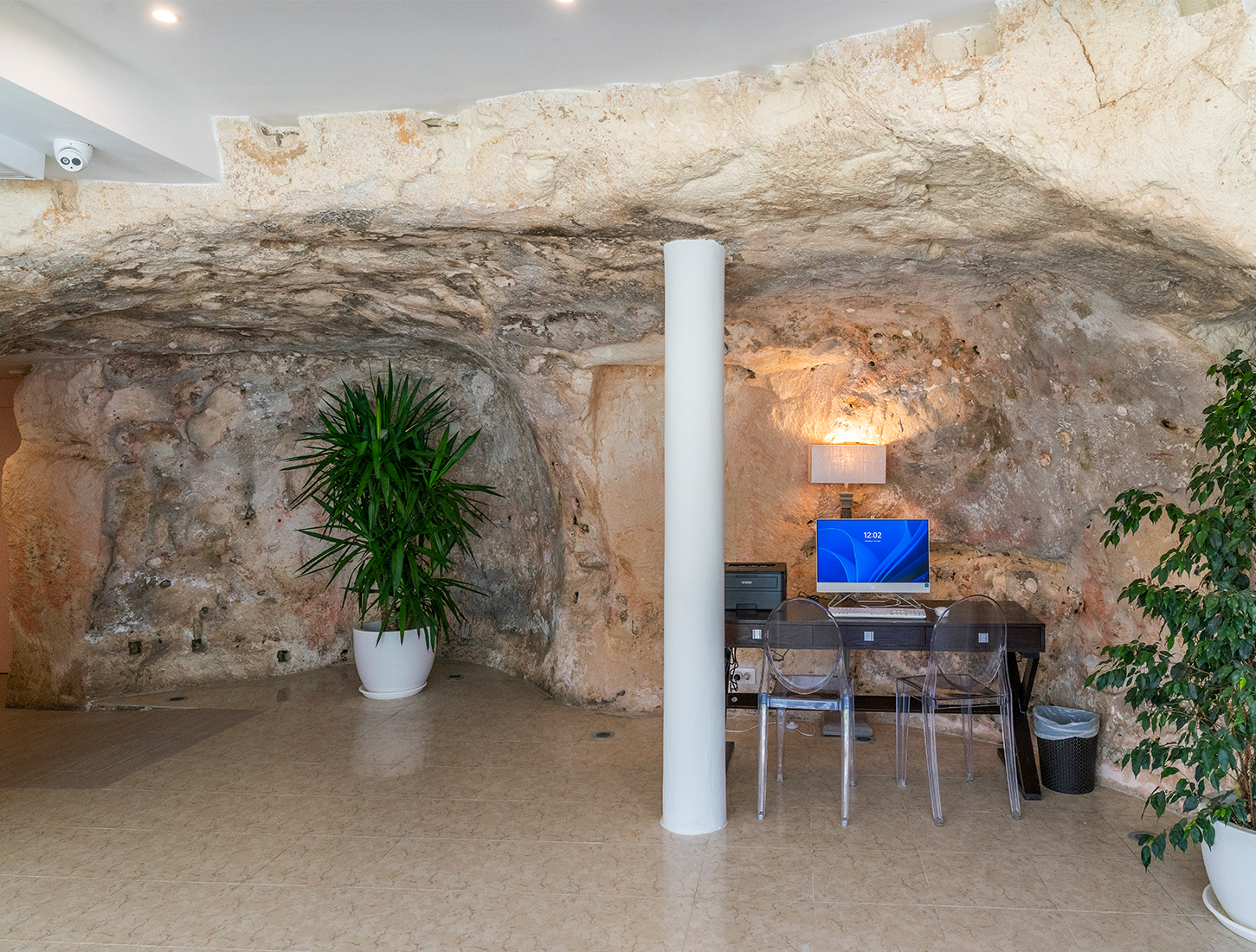 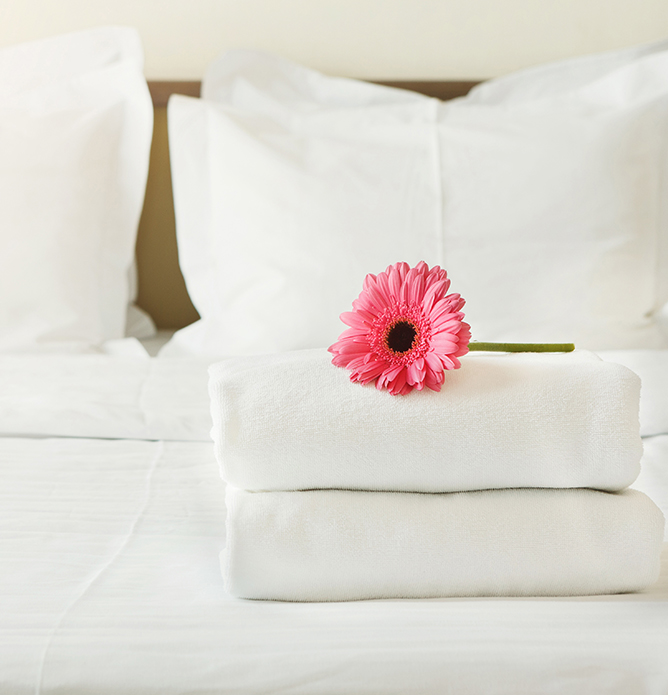 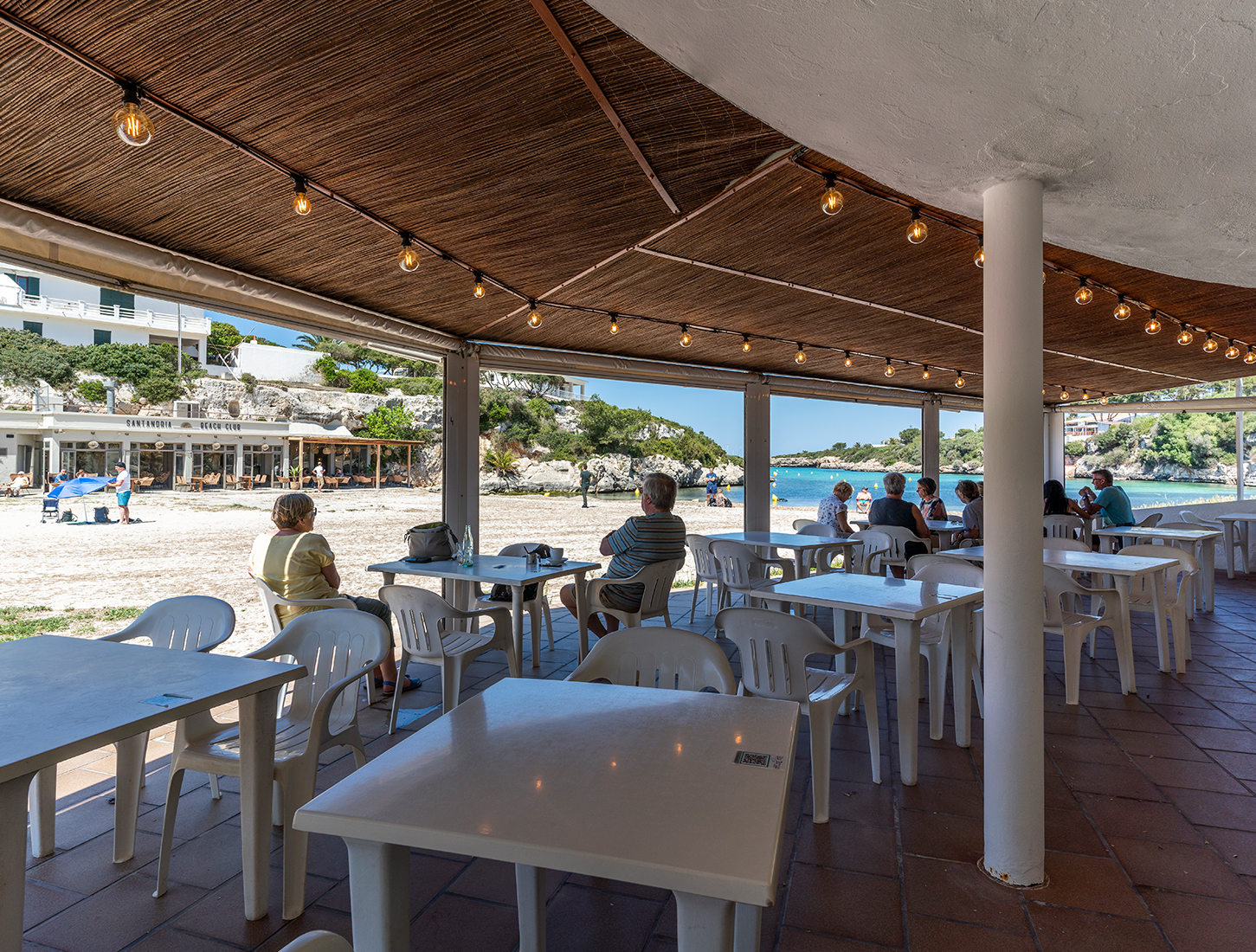 Enjoy the paradise island of Menorca from our hotel in Cala Santandría beach. Whether you are travelling with friends or as a couple, you will be delighted with our privileged views in an adults-only hotel. Some of the extras you can enjoy during your stay are: swimming pool and solarium.

Massage service at the hotel (Extra fee). On request and subject to availability).

Free internet (wi-fi) in all rooms and common areas

Small fridge in the room

Service of drinks and food at lunch or dinner time

Information and reservations of tickets and restaurants (upon availability)

At Es Bruc we have been serving the most exquisite fish and meat specialties from Menorca for more than 70 years on the beach. We are the most famous beach “Chiringuitos” in Menorca.

Es Bruc Santandria is a perfect place to enjoy a good meal in front of the sea, in a summery and informal atmosphere. Among other dishes made with local products, you can try our specialties in grilled fish and meat from the island. All from our privileged terrace with spectacular views of the Mediterranean.

Do not miss the sunsets savoring the best of Menorca.

Sorry, no posts matched your criteria.

You don't have permission to register

You can find out more about which cookies we are using or switch them off in settings.

This website uses cookies so that we can provide you with the best user experience possible. Cookie information is stored in your browser and performs functions such as recognising you when you return to our website and helping our team to understand which sections of the website you find most interesting and useful.

Strictly Necessary Cookie should be enabled at all times so that we can save your preferences for cookie settings.

If you disable this cookie, we will not be able to save your preferences. This means that every time you visit this website you will need to enable or disable cookies again.

NOTE: These settings will only apply to the browser and device you are currently using.